Home » About the founder

Erica Terblanche (1971) has been an adventure expedition leader since the age of 7 years on her parents’ farms in the heart of South Africa, where any sunny afternoon was a good excuse to lead friends and sister astray on another outdoor adventure.

Today Erica pours her love for nature, outdoor adventure, and bringing the best out in people into Teach a Girl to Fish, which takes women on hiking, biking and paddling trips in the UK, Greece and South Africa to reconnect with nature and build personal confidence. 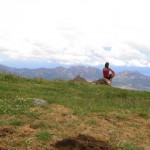 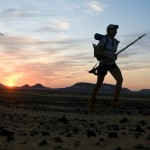 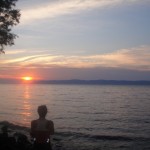 In addition to her passionate affair with nature, Erica is a qualified psychologist and holds a Master’s Degree in positive Psychology. She describes Positive Psychology as the Science of ‘what makes people flourish’ and adds that she has deliberately and skillfully incorporated many of the field’s key insights into her kayaking trips. She is a business and financial services strategist working for a multinational financial services company, with a strong emphasis on driving sustainable thinking into the corporate boardroom. She describes herself as a poet and her accomplishments, although she does not talk much about them, puts her into the category of a top notch endurance sport champion. For five years she raced with South Africa’s top adventure racing team, representing the country in the Adventure Racing World Championships in New Zealand in 2005.

Erica has extensive experience biking, running and climbing across some of the world’s most beautiful landscapes. She summited Mount Kilimanjaro in 1999 and has run and won many multi day desert Marathons, her personal favourites being the 250km race through the Sahara desert and the Wilderness extreme 270km run on the Wildcoast of South Africa.

Erica is a qualified adventure sport leader (winning the prestigious Veld & Vlei Leadership & Good Fellowship award). She is fluent in Afrikaans, English and ‘Bush’, and is a keen supporter of Whizz Kidz, a UK-based charity that provides wheelchairs for disabled children, for which she has raised considerable funds for over the years. 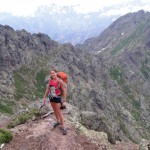 We make adventure easy. Get in touch to secure your spot. You will be so glad you did.